Considering relocating to Colorado? Imagine the rugged Rocky Mountain terrain to the west and lush, green pastures stretching out to the east in the heart of the all-American West. Originally homesteaded in 1861 by hardworking pioneers who became ranchers, the land on which Candelas sits has rich, historic roots to match the breathtaking, picture perfect scenery encompassing it. Candelas is a 1,500 acre master-planned community located in Arvada, Colorado, just 15 minutes northwest of Denver. Close enough to commute to the excitement of the Denver urban core, yet Candelas is also an oasis of natural beauty. Candelas offers breathtaking views and unbeatable amenities including five community parks, miles of walking, biking and hiking trails and a swim and fitness club with a resort style pool, fitness center and meeting rooms. If that is not enough, Candelas will soon have a second swim and fitness club to add to the already rich amenity offering. Also, Candelas is located near the 6,000+ acre Rocky Flats Wildlife Refuge that provides critical habitat for deer, owls, elk and other animals that call it home. The Wildlife Refuge will open its borders in the future to residents to access its myriad of hiking and biking trails and outdoor recreation opportunities—an amenity that cannot be duplicated anywhere.

Considering relocating to Arvada? Originally known for its gold, Arvada has matured into a charming, quaint suburb of Denver and now has a population of over 100,000 residents. It is no surprise that Arvada has experienced robust growth—Arvada has award-winning business retention programs; it is located at the doorstep of the Rocky Mountains; it enjoys beautiful parks and outdoor spaces; and has a vibrant performing arts schedule with stellar performances at the Arvada Center which attracts over 350,000 guests annually. With exceptionally low crime and unemployment rates, a highly educated workforce, and a strong economy, it doesn’t get any better than the beautiful Candelas community in charming Arvada, Colorado.

So what are you waiting for? Move to Arvada, Colorado, and come live Life Wide Open at Candelas. 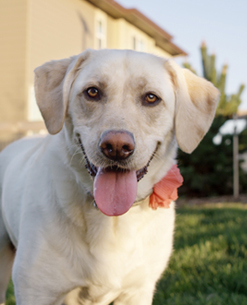